VАГАБОНТИ (pronounced “Vagabonti) is an art collective aiming to develop the modern culture of Sofia’s society. The organization focuses mainly on bringing conceptual events with unique themes and music. They’ve worked with artists across numerous disciplines – painters, designers, musicians, and more. Something the team loves doing at each of their events is surprising the attendees with an art installation or showroom.

RAVE DESIGN is their newest music concept with the objective of leaving a lasting imprint on the local techno scene. It also has the goal of giving it a big push in a newer and fresher direction. Having this in mind, the VAГАБОНТИ collective has kickstarted a series of events featuring artists from all over the globe. Each DJ will be bringing their own authentic and particular twist, recreating the atmosphere from raves abroad here in the Eastern European capital of Sofia.

Inspired by this intention, the guys have invited a very well recognized member of the Berlin scene, namely Cristian Marras. He is a resident at Gegen Berlin and the founder of Disconnekt Berlin. Read below for a fun conversation with him!

The party will take place at Micro, and behind the decks, besides Cristian, we will also hear Daniel Zhelev, DKFSK, KR:KD K, and RAVECID – all incredible underground artists from Sofia. VLCH, moreover, who is the founder of VAГАБОНТИ, will be having his professional debut.

First a bit about the line-up.

Daniel Zhelev began his musical journey a bit over a year ago. His VАГАБОНТИ debut was in March 2021 and that night turned him into the team’s pride! He likes playing between 135 and 140 BPM and his style varies between hypnotic and driving techno with industrial motifs. He recently graduated from the prestigious METROPOLIS mixing academy.

DKFSK is a talented Bulgarian artist who has been a part of many interesting events in the past year. In 2020 he became a resident at REVOLT, and a year later he created DIAGNOSTIKA SOCIETY together with Vladimir Stamenov, also known as HONEY BUNNY. DKFSK likes to play hypnotic on more than two channels while maintaining a constant pace. He loves to switch smoothly between tracks, this way letting the audience enjoy each transition.

KR:KD K is one of the up-and-coming names on the local scene right now. His passion for techno music began over a decade ago. Born and raised in Sofia, this DJ believes that his close relationship with the underground music scene in Bulgaria is his main driving force during a set. He loves playing fast and danceable techno, usually between 145 and 150 BPM. He describes his style as rhythmic with acid motifs. KR:KD K will also be doing a gig in Dublin soon!

RAVECID is one of the first alumni of the METROPOLIS Academy. He graduated in 2018 and hasn’t stopped mixing electronic music ever since! A few months ago, he released his debut track “Under the Witch’s Spell” for the label HIVEMIND. His style is fast and rhythmic techno. He has played at parties of METROPOLIS, ROBOLOCO, VАГАБОНТИ, and also at Chimera Festival.

VLCH is the founder of VАГАБОНТИ. He discovered his love for techno at his first METROPOLIS party in 2016. In 2020, he creates the collective together with KRISTY PLAM and DANIEL ZHELEV. During the past year, he has been practicing his mixing skills and solidifying his own sound which is rhythmic and ever-changing. He loves that old-school techno with interesting vocals but also appreciates more modern sounds with a solid bass and sharp kick.

Influenced by the legendary Berlin club landscape, the organizers have decided to announce this gathering as a sex-positive one. According to a VICE article, that means that “partygoers are welcome to live out their sexuality, whatever it may be, in these settings, which are specifically designed to enable them to do so.” Those who are brave and creative enough to obey the dress code, which is modern and kinky, will be entering with priority. The team feels compelled to create an open space where everyone feels encouraged and free to express themselves fully.

Here is a conversation that VAГАБОНТИ and Cristian had leading up to the big day of the party – February 12, 2022. They discuss Cristian’s style, his career as a DJ, and more!

V: When did you become a Gegen resident?
C: I joined the Gegen family just before Corona started, so unfortunately we had to wait quite a while until I was able to actually perform at their events. But during that period, I contributed to the project by releasing some music with them. I also played on several podcasts!

V: What is the sound of Gegen?
C: I can’t really identify and describe the sound of Gegen as a single genre. During our events, Gegen offers to its crowd a large variety of music that goes from industrial techno to house and disco.

Generally speaking, the music released on Gegen records so far can be broadly identified as techno but it still shows a lot of versatility since it includes many different techno styles. You can notice that in the last compilation “Gegen Decade” which was released as a celebration of the organization’s 10 year anniversary. Here is my track on the compilation!

V: When did you create Disconnekt? What is the purpose behind the project?
C: I started Disconnekt about 6 years ago with a few friends. We are all still working together on the project.

Disconnekt includes events and a music label. Its purpose is to offer to our community the possibility of disconnecting from the monotony of everyday life while gathering together and reconnecting with each other… all the while experiencing amazing music and art.

V: How would you describe your style?
C: The music I play during my performances includes different styles of techno, but not only that.

If I had to describe what is the general vision behind my DJ sets, I’d say that I like to create a mood of climax where the intensity increases constantly from the beginning to the end, leaving space for moments of decompression in between peaks of intensity. Contemporary modern tunes are the ones I prefer, mashing them here and there together with some classics.

V: How do you like to mix tracks during a set?
C: I generally play with 3 or 4 decks. My mixing technique consists of changing the tunes pretty quickly in order to keep a high energy level and engage the crowd completely. I try to insert tracks in specific moments, depending also on the current situation and environment I am in. I often like to use loops.

V: What inspires you to play and develop as an artist?
C: I have had an obsession with techno since I was a teenager and this obsession has brought me where I am today. It’s driven by a love for low frequencies which are the main element of this genre. Also by my curiosity and desire to create music.

I take inspiration from many sources around me: other artists I admire or the people that come to my shows and share their energy with me! They’re dancing while I’m playing and then they give me feedback allowing me to discover what they felt through the music I played.

If this sounds like an experience you’d like to have, then grab your tickets for RAVE DESIGN taking place at Micro on February 12, 2022.

The Story After with Yasmin Tezdjan 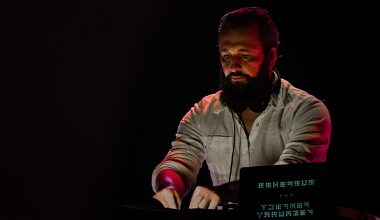 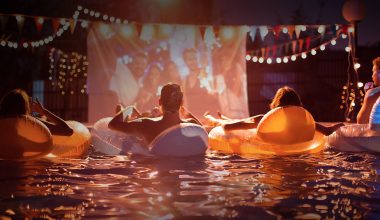 Read More
Some event planners invest on advertizing, others swear in their unique ideas. We believe both approaches are important and we borrow you five fantastic concepts for outdoor events.
BBehind the scenes 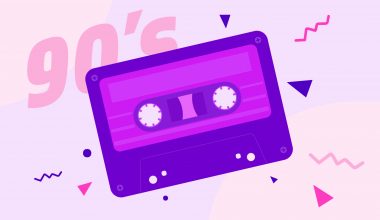 Read More
For most of the millennials, their first live concert experience ever happened in the wild ‘90s.
BBehind the scenes 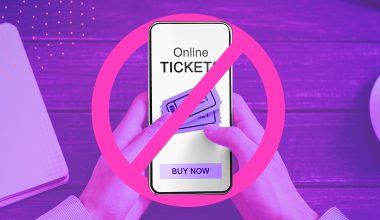 Read More
Tall yellow flags inviting you to the city, electrifying music echoing on every corner, famous DJs roaming around…