Hristina, Violeta, and Lily are the superwomen behind Sofar Sounds Sofia. In case you’ve never heard of this before (which we highly doubt!) – Sofar Sounds is a global community that puts together intimate live music shows in unique, secret settings. They’re dedicated to consistently creating memorable experiences for both the crowd and the amazing up-and-coming artists that take on the stage.

In this conversation with Hristina, Violeta, and Lily we learn about the beginning of Sofar in Bulgaria, the most unexpected venue they’ve ever worked with, and a story about a man that arrived all the way from Hollywood.

1. What kickstarted Sofar Sounds in Bulgaria?

Hristina: One of our team members, Violeta, brought the magic of Sofar to Sofia. She used to live in London, where Sofar secret concerts take place daily, and she didn’t want to return to Bulgaria without her favorite music format. So she got approval from the Sofar Sounds global team and invited Lily and me to join the local team. Together we’ve been curating the Sofar shows in Bulgaria for nearly six years – in the capital since 2017 and in Burgas since 2020.

2. What’s your favorite thing about this format of live shows?

Violeta: My favorite thing about the format is how close people are. And I don’t mean distance-wise, though this is also true! It always somehow feels totally okay to share a few words with anyone; people are just open to communicating with others. The artists and the MC are usually somewhere in the middle of the audience and without exception enjoy being approached by the guests.

3. Tell us about an evening of Sofar you’ll never forget.

Lily: Each Sofar gig is unique as the music and the venue are always different. The energy is what makes Sofar events unforgettable. Interestingly, we remember every single event of 50+ Sofar shows that we have organized in Bulgaria.

A funny story we will never forget is when Gerard Butler appeared at one of our shows in Sofia. He was in town shooting a movie and enjoying the nightlife here. I came across him in a bar and invited him personally to the next Sofar gig, but Gerard wanted more details in order to see if the event would fit his agenda. So we brought a print invite to the hotel he was staying at.

The receptionist accepted it but didn’t confirm if he was staying there, nor if he would pass it to him, so we couldn’t know if the concert details would actually reach him. The Sofar day had come, the gig had already started but the actor wasn’t there. We thought he wouldn’t make it until the third act when I got a message that he was on the way! We had Gerard Butler at our show! He enjoyed it and even stayed afterward for a chat with the team and the artists.

4. Sofar Sounds events are taking place in both Sofia and Burgas. What other cities around the country are you curious to engage?

Violeta: Sofar Sounds is happening in more than 400 cities around the world. Somehow we are all connected as Sofar Sounds is a community. It’s fantastic how you can go anywhere in the world, send a message to the local Sofar team, and meet up with them or attend one of their shows.

On a more local level, it would be great if Sofar gigs start happening in more Bulgarian cities while also hosting traveling artists from neighboring countries. In 2019, before the pandemic began, we had a traveling artist performing in Sofia almost every month.

5. What’s the craziest location you’ve organized a show at?

Lily: You won’t find Sofar in bars and clubs but secret courtyards, industrial premises, rooftops, co-working spaces, galleries, etc. We are always on the hunt for exciting and out-of-the-box locations that show the city in a new light. It’s a key component of the whole Sofar experience.

As a team, we explore our city through the locations we discover, and so does our audience. The craziest venue we’ve had a gig at was a public medical center. The concert took place at a recording studio in the medical center’s basement and it was awesome!

6. What’s the most valuable lesson you learned about this industry during the pandemic?

Hristina: Even though we managed to live stream concerts through different platforms during these two years, Sofar Sounds does its magic when everyone is truly present – the music, the audience, the crew. It’s impossible to replicate the intimacy of this kind of atmosphere through social media. You just have to be there and listen.

So how does Sofar sound to you? Have you ever been to one of their events?

The good news is we’re currently doing a giveaway in collaboration with Sofar Sounds Sofia! If you’d like to attend their next concert (Sept. 18th, 2022) for free, then join under this Instagram post! We’re excited to see you there! 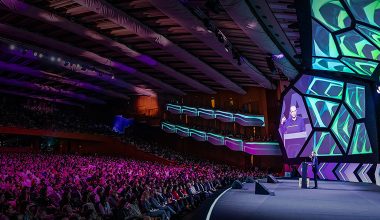 Read More
Plentix is partnering with one of the largest business events in Europe. Discover the highlights of Brand Minds 2022.
UUpcoming events 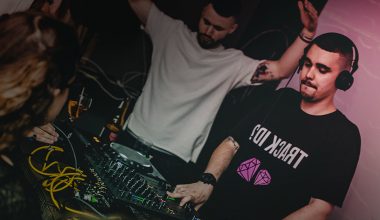